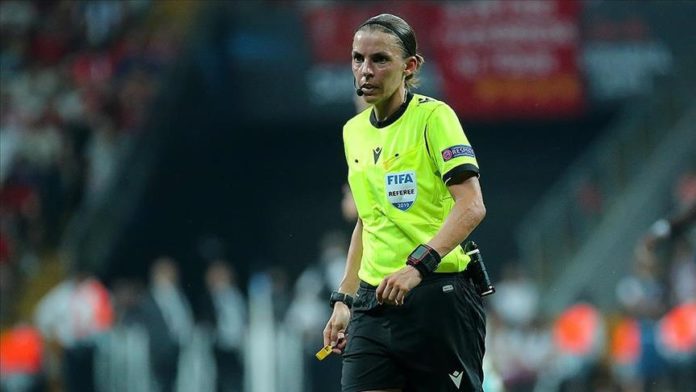 French referee Stephanie Frappart will be the first woman to officiate in a UEFA Champions League game, UEFA confirmed on Monday.

Frappart, 36, will officiate at the game between Italy’s Juventus and Ukraine’s Dynamo Kyiv in Turin on Wednesday.

On Aug. 14 the French referee also took charge of the 2019 UEFA Super Cup final between Liverpool and Chelsea.

The Reds clinched the Super Cup at Istanbul’s Vodafone Park Stadium after beating Chelsea 5-4 on penalties.