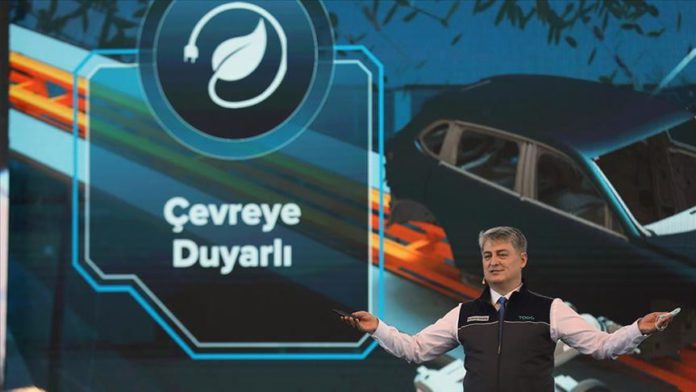 It will have centers for research and development and a customer experience park, Gurcan Karakas said at the groundbreaking ceremony of the plant in the northwestern Bursa province.

The construction of the factory is expected to be completed in 18 months and it will have the capacity to produce 175,000 vehicles annually.

The factory is designed keeping in view environmental concerns.

It also incorporates a smart production network with real-time data and the Internet of Things.

He said one of the most important issues in electric vehicles is the battery.

“We have come a long way in the development of the battery and e-power unit architecture. We have almost reached to completion of the design of our high-tech battery that will provide over 300 and 500 kilometers (190 to 300 miles) of range with different packages.”

He said the factory will produce one million vehicles in five different models until 2030.

Stating that 93% of TOGG’s supplier selection has been completed, Karakas underlined: “Among our selections, 78% of them are from Turkey and 22% of them are European and Asian companies.”

Rifat Hisarciklioglu, the board chairman of TOGG, said: “As the automotive world is changing shell, Turkey will become a very important player at the table.”

“Hopefully, we will now be on the winning side. Because this automobile belongs to 83 million people. Because it will not only be produced in Turkey, but also its trademark, patent and design will be completely ours,” he added.

Mustafa Varank, the Turkish trade minister, said the car designs were registered in the EU and China after it was announced last December.

TOGG was established in 2018 under the leadership of The Union of Chambers and Commodity Exchanges of Turkey (TOBB) by companies of Anadolu Group, BMC, Root Group, Turkcell and the Zorlu Group via a collaboration.

It will produce five different models — SUV, sedan, c-hatchback, b-SUV, and b-MPV — until 2030 and own their intellectual and industrial property rights. 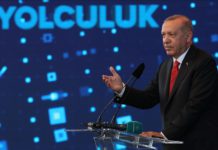 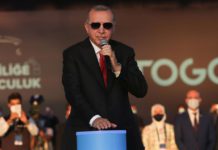 July 6, 2020
We use cookies to ensure that we give you the best experience on our website. If you continue to use this site we will assume that you are happy with it.Ok