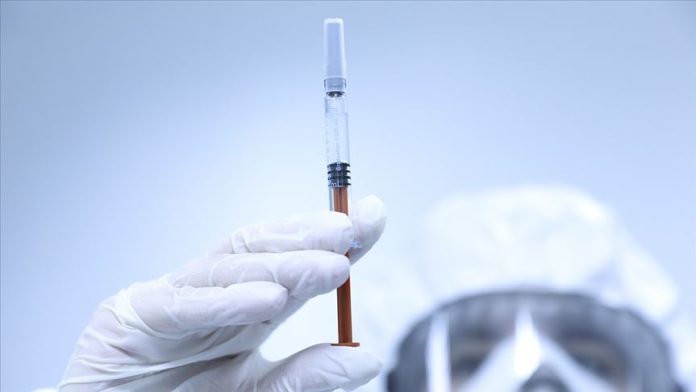 The first results are out on vaccine trials which aim to provide immunity against the novel coronavirus.

There is much to be optimistic about.

Days later, US company Moderna announced that the vaccine candidate they developed is 95.4% effective.

The high success rate of vaccine candidates, tested on thousands of people in Phase 3 clinical trials in inducing an immune response, has increased the hopes for vaccine studies.

According to the World Health Organization (WHO) figures, while 48 vaccine candidates are being tested on humans across the world, 164 are in phase of preclinical development as of Nov. 12.

Of the vaccines that reached clinical trial stage, 21 are being tested on humans in Phase 1, while 16 of them Phase 2, and 11 in Phase 3.

While the COVID-19 outbreak affects the whole world, vaccine development studies, viewed as the only hope to end the pandemic, are being carried out in many countries at the same time.

Public institutions, research organizations, biotechnology and pharmaceutical companies have been mobilized to develop a vaccine that will immunize people against COVID-19.

While governments and international organizations fund unprecedented amounts for vaccine studies, companies are bearing huge risks by producing hundreds of millions of doses of vaccines that are still in clinical trial phase.

Under normal circumstances, it takes 10-15 years of long studies to develop a vaccine. However, the extraordinary conditions created by the pandemic, which has a worldwide impact, and the advances in DNA technology have had an effect on the rapid development of vaccine against COVID-19.

Researchers around the world initiated studies at laboratories after China announced the virus’s DNA sequencing in January.

Knowing the genetic sequence of the virus accelerated the preparation phase of the vaccine development process and paved the way for rapid clinical trials.

Besides, the similarity between the sequence of COVID-19 to the Severe Acute Respiratory Syndrome (SARS) virus that spread to the world in 2002-2003 from China, also gave the chance to take benefit from previous vaccine studies conducted at that time.

Among the potential vaccines which are in Phase 3 of clinical trials with thousands of subjects, four candidates are from the US, one from the UK, one from Russia, one from India, and four from China.

Vaccine BNT162b1 developed by BioNTech was one of the first candidates that started Phase 3 trials.

The RNA vaccine aims to activate the receptor-binding Immunoglobulin G antibodies with blood sugar enzymes that render COVID-19 ineffective, and to increase the CD4+ and CD8+ glycoproteins that create an immune response at the cell level.

The first and second phase clinical trials were carried out in Germany for the vaccine candidate, for which US’ Pfizer and China’s Fosun Pharma got the production license. Phase 3 clinical trials started on July 27, with the aim of participation by 30,000 healthy volunteers from some countries, including the US, Argentina, and Germany.

The number of subjects was raised to 44,000 after Pfizer’s application to the US Food and Drug Administration (FDA) in September.

On Nov. 9, Pfizer and BioNTech announced that the results so far in the Phase 3 showed that the vaccine candidate was more than 90% effective in inducing immune responses.

The US, EU, UK, Canada, and Japan have already got in line for vaccine purchase from the companies.

The mRNA-1273, developed by the US’s Moderna and the National Institute of Allergy and Infectious Diseases (NIAID), is also among the most promising studies.

Just two days after China announced that it founded the genetic sequence of COVID-19, Moderna declared the development of a potential vaccine.

The RNA vaccine candidate aims to strengthen the immune system, by pressuring the spike protein enzyme, which enables COVID-19 to hold on to human cells.

After the FDA’s approval, clinical testing of the vaccine started in Washington on March 17, making mRNA-1273 the first prospective vaccine to be tested on humans.

While the clinical trials in Phase 3 continues in 38 centers on 30,000 volunteers in the US, the company announced the vaccine candidate’s efficacy rate against COVID-19 as 95.4%.

The vaccine candidate includes a vector based on a weakened version of adenovirus, a common cold virus. It aims to artificially emerge the spike protein that allows COVID-19 to adhere to human cells and the body to become immune to the real virus by producing protective antibodies against it.

The vaccine candidate is planned to be tested on 30,000 volunteers across the world.

Phase 3 clinical trials were suspended on Sept. 9, due to the emergence of spinal cord inflammations called transverse myelitis in a UK participant. They were resumed on Sept. 12 in the UK and Brazil.

On Oct. 21, it was announced that a participant in Brazil died of COVID-19. Trials were not suspended following the incident.

The trials were also resumed on Oct. 23 in the US after the FDA’s approval.

First results of Phase 3 trials are expected through the end of December.

Clinical trials for 10 vaccine candidates are ongoing in China, the epicenter of COVID-19. Three of them are being tested on humans in Phase 1, three in Phase 2, and four in Phase 3.

They aim to stimulate the body’s natural protections against the weakened virus by creating an immune response.

Phase 3 clinical trials of the candidates started in the United Arab Emirates’ capital Abu Dhabi on July 17. Trials, planned to be conducted on 45,000 volunteers, are also ongoing in Bahrain and Jordan.

Meanwhile, the Chinese government allowed emergency use of CoronaVac on July 22 as the vaccine candidate was approved to be efficient in the first two phases of trials and did not show any side effects.

Also containing an inactive version of coronavirus, the candidate entered Phase 3 trials in Brazil and Indonesia.

Some 8,870 volunteers in Brazil and 1,620 in Indonesia are planned to be vaccinated.

It has also become the first COVID-19 vaccine to be tried in Turkey, as trials on humans started in the country on Sept. 17.

Phase 3 trials of the candidate started in Saudi Arabia, Pakistan, and Russia.

Aiming for trials on 40,000 people, studies are also planned to be carried out in Brazil and Chile.

Russia’s President Vladimir Putin announced on Aug. 11 that it was approved as a vaccine, after it yielded positive results in early clinical stages as a vaccine candidate.

However, WHO officials advised a cautious approach against Russia’s claim, noting that approval of a vaccine requires all clinical trial phases to be completed.

Phase 3 trials for Sputnik V were initiated in Belarus, the United Arab Emirates, Venezuela, and India, as well as Russia. Trials will include 40,000 volunteers.

Turkey has also applied for conducting clinical trials in the country.

Russia has reached agreements with Argentina, Brazil, Mexico, and India to sell the vaccine, for which the country announced a 92% efficacy.

First results of the candidate are expected in 2021.

The US’ vaccine candidate, containing the genetically engineered COVID-19 glycoprotein particle, aims to increase the immune response by producing more antibodies and longer-term immunity with the enhancing additive (adjuvant) the company uses in other vaccines.

The company aims to produce 2 billion doses of the vaccine per year.

The US drug maker Johnson & Johnson’s association Belgium’s Janssen carried its vaccine candidate Ad26COVS1 to Phase 3 on July 15 in the US and Belgium.

Containing a single virus component called adenovirus serotype 26, the candidate aims to revive antibodies that blunt and inactivate the virus in the body by giving a stable artificial structure to the spike protein.

Phase 3 trials of the single dose vaccine candidate started on Sept. 23 which aims participation by 60,000 volunteers in the US, South Africa, Argentina, Brazil, Chile, Colombia, Mexico, Peru, the Philippines, and Ukraine.

The company also started trials for two doses of the vaccine candidate on Nov. 16 in the UK.

The potential vaccine, which includes a weakened version of COVID-19 in its formula, was the first indigenous vaccine candidate of India.

Zydus Cadila, Serum Institute of India, and Panacea Biotec are also carrying out studies to develop an indigenous vaccine.

Zydus Cadila’s ZyCoV-D vaccine candidate are being tested on humans in clinical trials.

Meanwhile, Phase 1 clinical trials have started in Turkey for its first indigenous vaccine candidate against COVID-19.

ERUVOC-VAC, developed by Erciyes University, are being tested on volunteers since Nov. 5.

It contains an inactivated version of the virus.

According to the WHO figures, there are 12 vaccine candidates in preclinical development stage in Turkey.

The first of the three stages, tested on a limited number of voluntary healthy subjects, looks for possible side effects and asks if the vaccine is completely safe.

The second stage tests the vaccine, which is proved to be safe in the first stage, on more than 100 subjects.

The third and last stage repeats the same on a couple of thousand subjects. The whole process might take months, even years.

The pandemic has killed over 1.33 million people and infected more than 55.29 million, while recoveries exceeded 35.6 million, according to figures compiled by the US’ Johns Hopkins University.