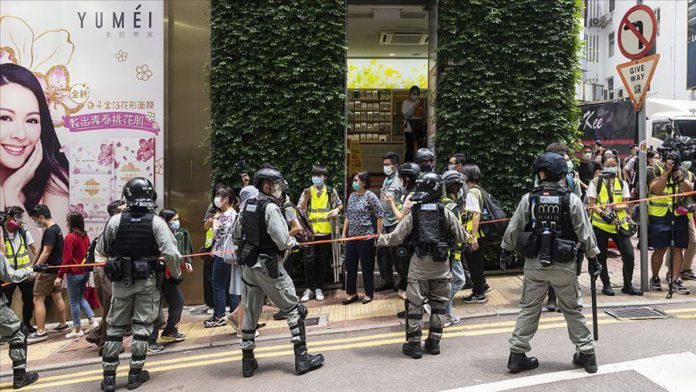 A 23-year-old man in Hong Kong was booked for terrorism and secessionist activities on Friday, becoming the first person charged under the new security law enforced this week, local media reported.

Tong Ying-kit is accused of crashing a motorcycle into a group of police officers during protests on Wednesday, according to Radio Television Hong Kong (RTHK).

He was allegedly carrying a flag with pro-independence slogans, the public broadcaster reported.

Tong was arrested during demonstrations on July 1, the 23rd anniversary of Hong Kong’s return to China.

A court in West Kowloon heard the case on Friday and was told by prosecutors that the man had committed a terrorist act.

Tong is currently hospitalized and did not attend the hearing, which was adjourned until July 6, when he is expected to be discharged from the medical facility.

The new security law was unanimously passed by China’s National People’s Congress on Tuesday and then signed into law by President Xi Jinping.