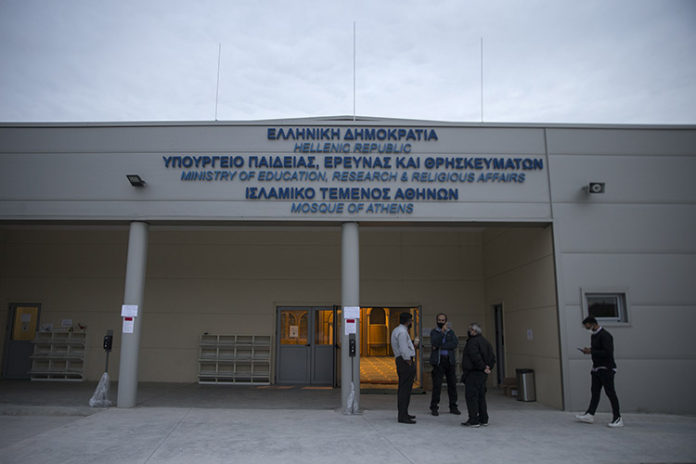 The first Friday prayer was held in the only mosque in Athens amid social distancing due to the coronavirus pandemic.

The congregation was limited to 12 people — nine men and three women. All of them were wearing masks.

The Friday sermon, which was read in Greek, stressed the importance of mosques during the time of Prophet Muhammad, saying they also served as community centers.

The mosque opened its doors to worshippers on Monday.

With this, Athens finally shakes off its infamous reputation as the only European Union capital with no mosque.

The mosque’s first imam is Zaki Mohammed, 49, a Greek citizen of Moroccan origin.

The decision to build a mosque in Athens was first made in 2006, with a budget of €887,000 ($1.04 million), but bureaucratic hurdles, protests by far-right groups, and legal challenges stalled the process.

Until today, the half-million Muslim faithful in the city had to resort to dingy basements and unsanitary locations to meet and perform prayers.