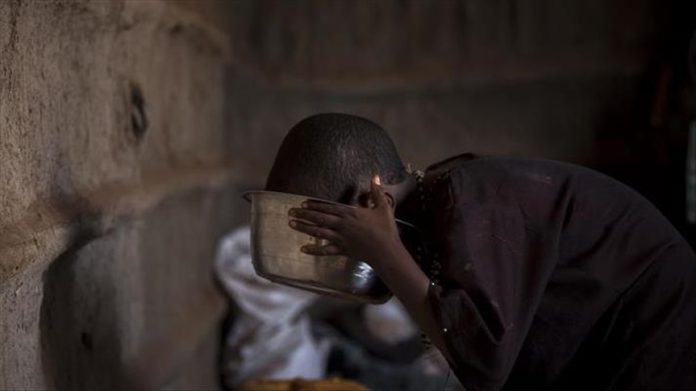 Violence, flooding and displacement has pushed at least a million children in South Sudan to the brink of starvation, Save the Children, a leadng humanitarian organization for children, has said.

In a statement late Wednesday, it warned of a devastating large-scale hunger crisis among children in the Eastern African country.

“New data shows a dramatic increase in food insecurity that has pushed one million children to the brink of starvation – as well as projections that this figure will rise by 13% in the first half of next year,” it said.

Patrick Analo, Save the Children’s Acting Country Director of South Sudan, said: “This perfect storm of hunger, floods, violence and displacement has created a crisis in which children are suffering the most. Children have witnessed unimaginable acts of violence committed against their loved ones. Thousands have been separated from their families and are now at risk of exploitation and abuse.”

South Sudan also has one of the highest child mortality rates in the world with more than 90 children out of 1,000 dying before the age of five, according to the nonprofit.

Analo called on the country’s Transitional National Government of Unity to protect children who are affected by conflict through political intervention.

Last week, the UN and other aid agencies said they will be scaling up food assistance in South Sudan in the coming months with the aim of saving more than 7 million lives.