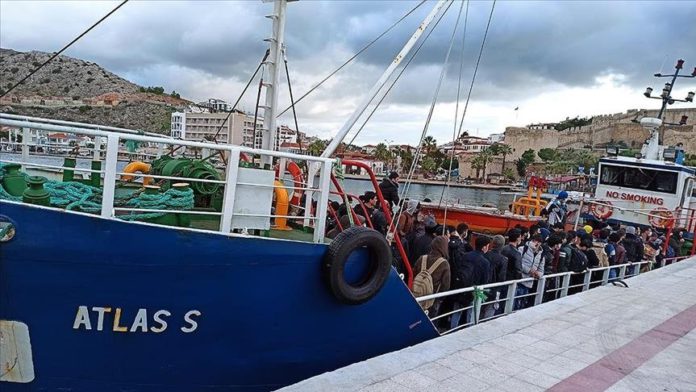 A total of 187 asylum seekers were held off the coast of Cesme district of Izmir, Turkey’s Aegean province, on Wednesday, sources said.

The asylum seekers were then brought to Cesme pier, and will be handed over to the provincial migration administration.

Bayern Munich come from behind to defeat Mainz 5-2