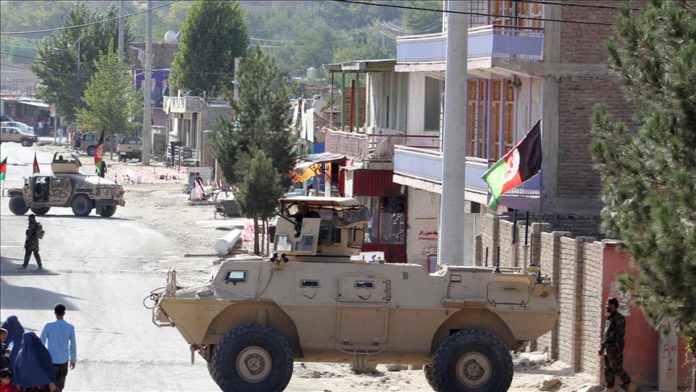 Kher Mohammad, a member of the Farah Provincial Council, told Anadolu Agency that an infiltrator helped Taliban insurgents stage a deadly assault at an Afghan National Army facility in the province last evening. At least nine soldiers were killed and five others injured in the overnight raid, he said.

Nine more soldiers were killed in the neighboring Nimroz province, where dozens of Taliban gunmen attacked an army station late Tuesday, said Naimatullah Sediqi, a member of the provincial assembly.

A Taliban was also killed, and nine others wounded in the exchange of fire, he added.

Meanwhile, the army’s 203-Thunder Corps claimed to have killed 22 Taliban insurgents, including 11 foreign fighters, in the restive central Ghazni province. The clean-up operation was conducted in the province’s Deh Yak district, it said in a statement.

Vice President Amrullah Saleh in a tweet blamed the Taliban for the “escalation in violence and campaign of terror against the people of Afghanistan.”

Earlier this week, Gen. Kenneth McKenzie, head of the US Central Command, said the level of violence in Afghanistan remains “too high” and that the US is reviewing its peace agreement with the Taliban.

The Taliban reached an agreement with Washington last February, promising to end the war in Afghanistan in exchange for security guarantees.