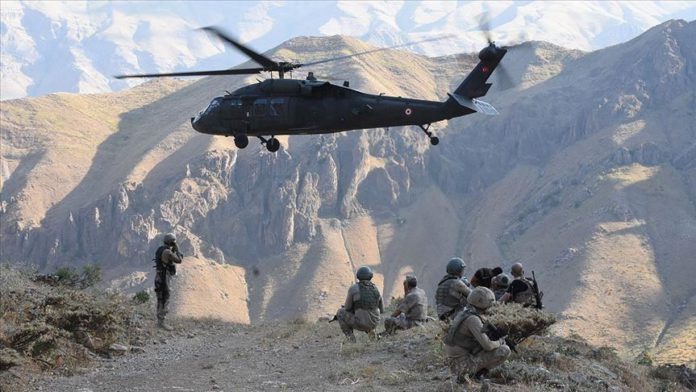 A total of 171 terrorists were “neutralized” across Turkey in September, the deputy interior minister announced on Friday.

Among terrorists neutralized last month in domestic operations were 12 listed by Turkey among most-wanted terrorists, Ismail Catakli, also spokesman for the ministry, said during a monthly news conference in the capital Ankara.

Members of various terror groups, including some key figures of the PKK terrorist group, terrorists affiliated with the outlawed far-left terror groups Turkish Communist Party/Marxist-Leninist (TKP/ML), and People’s Liberation Party-Front of Turkey (THKP-C), were neutralized in 10,229 operations in rural areas and 1,425 operations in cities.

“Among them was Ercan Bayat of THKP-C who was responsible for the 2013 Reyhanli bombing and captured alive,” Catakli said.

The May 2013 bombings in Reyhanli, near Turkey’s border with Syria, left 53 dead. Some 912 buildings, 891 workplaces and 148 vehicles were also heavily damaged in the attack.

On the fight against drug trafficking, Catakli said almost 14,500 anti-narcotics operations were held last month to detain nearly 20,000 suspects, including some 1,500 remanded in custody. He also said over 22 tons of marijuana, some 2 tons of heroin and more than 17 million roots of cannabis were seized.