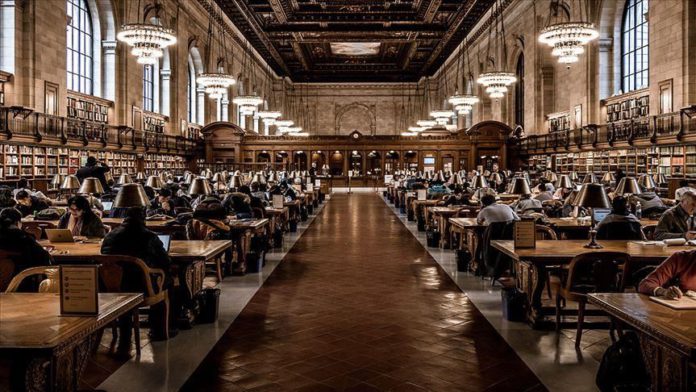 A coalition of 17 US states and the District of Columbia on Monday filed a lawsuit against the Department of Homeland Security to block a new visa rule for international students amid the coronavirus outbreak.

The move came after the US Immigration and Customs Enforcement (ICE) announced last week that the State Department “will not issue visas to students enrolled in schools and/or programs that are fully online for the fall semester nor will U.S. Customs and Border Protection permit these students to enter the United States.”

The lawsuit, which was filled in Massachusetts District Court, challenges the federal government’s “cruel, abrupt, and unlawful action to expel international students amidst the pandemic that has wrought death and disruption across the United States,” and seeks an injunction to stop the “entire rule” from going into effect, the office of Massachusetts Attorney General Maura Healey said in a statement.

“The Trump Administration didn’t even attempt to explain the basis for this senseless rule, which forces schools to choose between keeping their international students enrolled and protecting the health and safety of their campuses,” Healey said.

“Massachusetts is home to thousands of international students who make invaluable contributions to our educational institutions, communities, and economy. We are taking this action today to make sure they can continue to live and learn in this country.”

A similar lawsuit was filed by Harvard University and the Massachusetts Institute of Technology on Wednesday.

The universities claimed that ICE’s decision “reflects an effort by the federal government to force universities to reopen in-person classes …, notwithstanding the universities’ judgment that it is neither safe nor educationally advisable to do so” and it “violates the Administrative Procedures Act.”