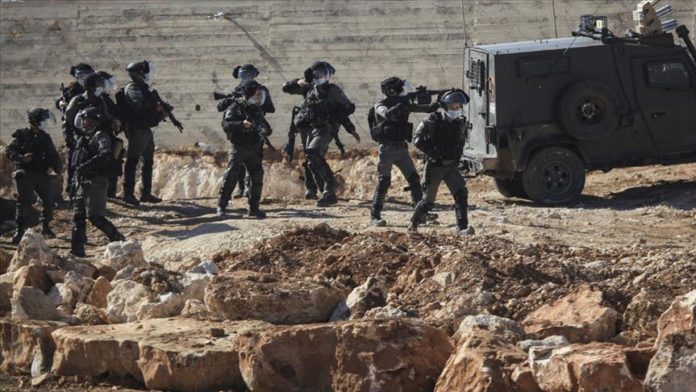 At least 16 Palestinians were injured on Friday as Israeli forces fired rubber bullets and tear gas shells to disperse a protest in the occupied West Bank, according to eyewitnesses.

The protest was held against Israeli settlements in Deir Jarir, Ramallah city.

The army used a drone to throw dozens of tear gas canisters at the protesters.

On Dec. 23, settlers began establishing a settlement outpost in the Sharafat mountain area in the village of Deir Jarir by installing equipment and tents on the top of the mountain under the protection of the Israeli army.

Greek minister quits over remarks in video about 2007 election win