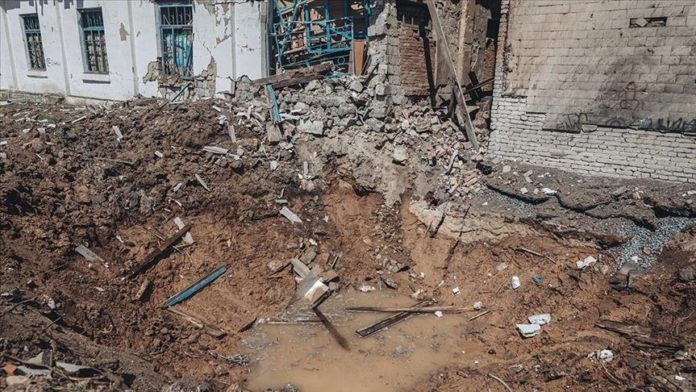 At least 28,850 Russian soldiers have so far been killed during the war in Ukraine, the Ukrainian military said on Saturday.

Some 150 more Russian troops were killed over the past day, according to the Ukrainian General Staff.

According to the Prosecutor General’s Office, at least 231 children have been killed and 427 wounded in Russian attacks around Ukraine.

Most of the casualties among children were in Donetsk, Kyiv and Kharkiv.

At least 3,838 people have been killed and 4,351 injured during the ongoing war in Ukraine, according to UN estimates. The true toll is believed to be much higher.

More than 6.4 million people have fled to other countries, while over 7.7 million people remain internally displaced, according to the UN refugee agency.

Russia to provide Belarus $1.5B credit