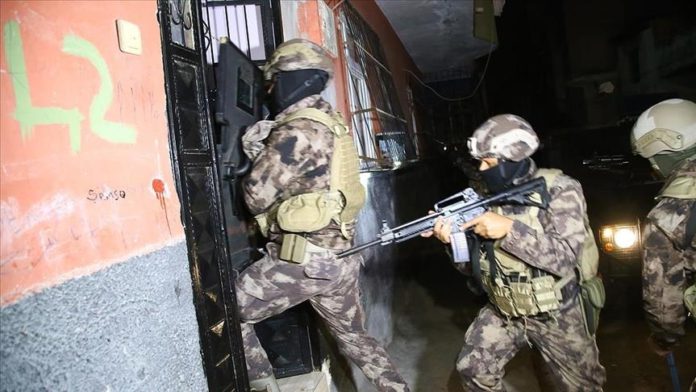 At least 15 people with suspected links to the YPG/PKK terror group were apprehended in southern Turkey on Saturday, a security source said.

The arrests were part of an investigation by the chief public prosecutor of the Ceyhan district in Adana province, said the source, who asked not to be named due to restrictions on speaking to the media.

The suspects nabbed by anti-terror police teams are believed to have been involved in illegal street protests by the YPG/PKK terror group, the source added.