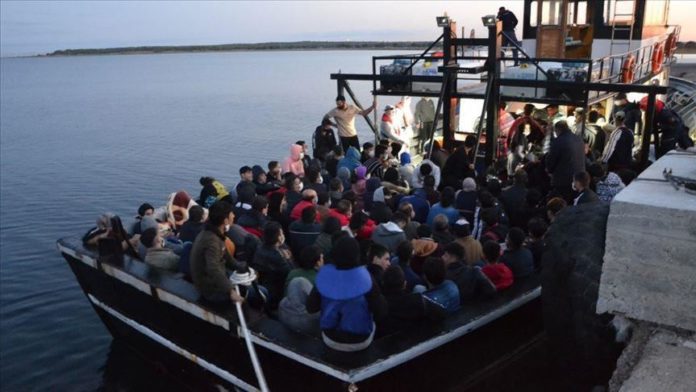 Foreign nationals from different countries trying to cross to the Greek island of Lesbos sailed into the Aegean Sea from the coast of Canakkale province by wooden boat, said the sources, who asked not to be named due to restrictions on speaking to the media.

Turkish Coast Guard Command teams in the region brought these people to the shore following an operation off Bozcaada in Canakkale.

One suspect was arrested for organizing the illegal crossing, the sources added.