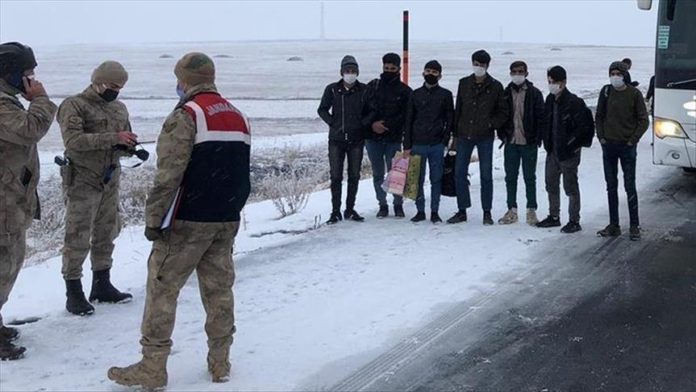 At least 14 irregular migrants were held during a traffic check in Turkey’s northwestern province of Tekirdag, security sources said on Friday.

Acting on a tip, security forces began checking suspicious vehicles, added the sources, who asked not to be named due to restrictions on speaking to the media.

Approaching a police checkpoint, the drivers of two vehicles did not stop despite warnings and instead fled.

The police stopped the vehicles after a chase, holding 14 irregular migrants of Afghan and Bangladeshi nationality.

The migrants were transferred to the provincial migration office, while the drivers were arrested.