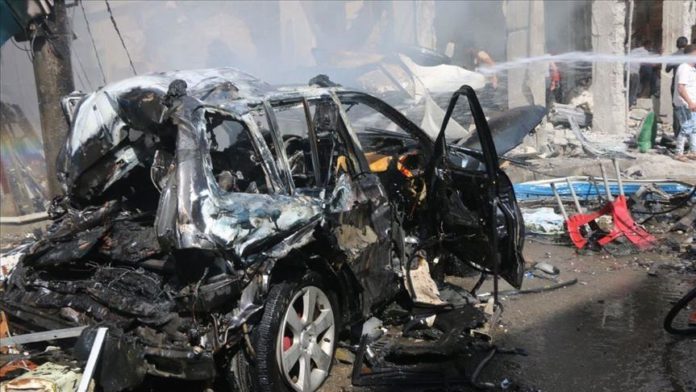 At least 14 civilians were killed and 50 more injured in a bomb blast in northern Syria on Tuesday, local security sources said.

Investigators are considering the possibility that the YPG/PKK terror group might be behind the attack in the city located near Turkey’s southern border.

This is the second bomb attack in the district within days, as two civilians were killed and seven injured in an explosion at a checkpoint on Sunday.