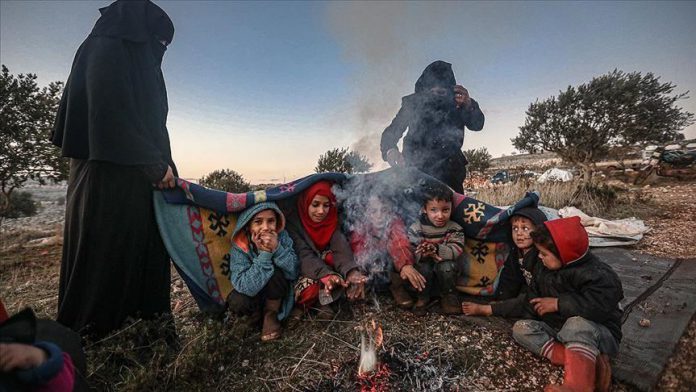 Around 13,000 civilians fled their homes in the western and southern countryside of Aleppo province due to attacks by the Assad regime and its allies.

The displaced civilians headed to areas near the Turkish border due to the attacks that have been underway for two days which forced a total of 12,884 civilians to leave their homes, according to Syria’s Response Coordination Group.

The civilians left their homes in Khan al-Asal, Kafr Naha and Ain Jara due to Russian airstrikes.

“I lived in the village of Khan al-Asal in the western countryside of Aleppo. We are fleeing attacks.