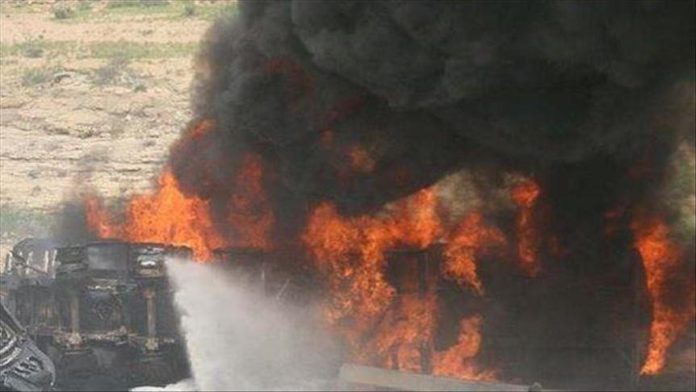 Thirteen people were killed Sunday in a fuel tanker explosion in western Kenya, in an apparent accident, officials confirmed.

According to Moreso Chacha, chief of police in Gem, Siaya County, the deaths occurred when locals rushed to the scene of an accident involving a milk truck and a fuel tanker and started siphoning gas from the tanker, as the police had not arrived at the scene yet.

“The tanker blew up as the residents started siphoning fuel from the tanker,” Chacha told reporters at the scene after firefighters contained the blaze.

“The injured have been rushed to Gem Hospital,” he added.

A spark from one compartment of the tanker made caused the explosion, he explained.

Elisha Odhiambo, a member of parliament for Gem, also told reporters that some 31 injured people were rushed to the hospital.

In 2016 a fuel tanker exploded on the busy Nairobi-Naivasha highway, killing over 40 people.

There have been past cases where Kenyans who rushed to siphon fuel from tankers were involved in accidents, some fatal.