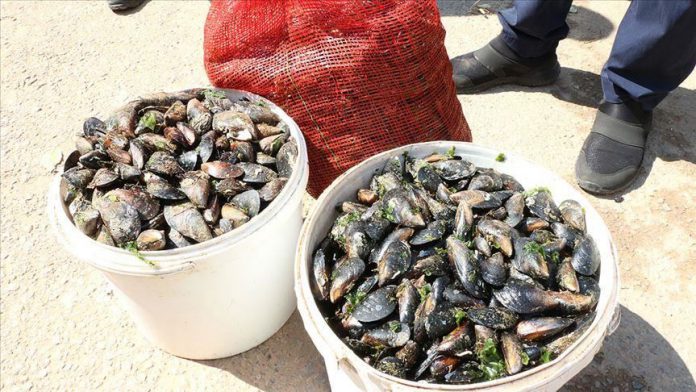 Some 13.5 tons (27,000 pounds) of illegally hunted mussels were seized in Istanbul on Thursday, authorities said.

Local authority for fisheries and aquaculture confiscated the mussels — forbidden to be hunt in the Marmara Sea — in 500 gunny sacks in a truck parking lot in the port district of Tuzla upon a tip.

Separately, the authorities also seized the same mussel species in 50 gunny sacks in another truck.

Authorities said the mussels without proper transport certificate will be returned back to the sea.