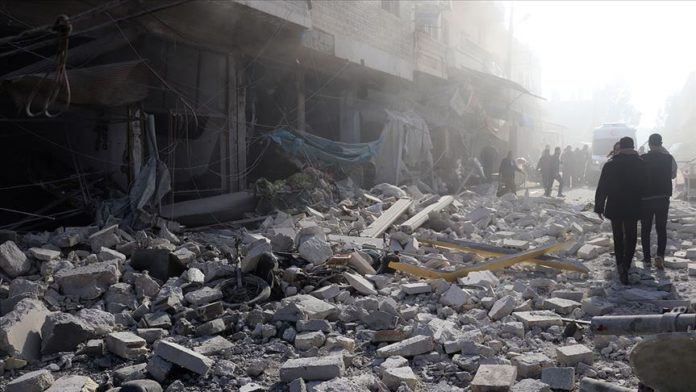 A total of 125 civilians, including 26 children and six women, were killed in Syria this May, mostly as a result of bombings, a rights group said on Monday.

Of these fatalities, the Syrian regime forces killed 10 civilians, including two women, while Russian forces killed one civilian, according to a report released by the Syrian Network for Human Rights (SNHR).

Meanwhile, seven civilians, including two children, were killed in the attacks carried out by the YPG/PKK terrorist organization, the report said.

Some three civilians were killed at the hands of anti-regime armed groups, and seven civilians, including two children and one woman, were killed by the factions of the armed opposition, it said.

Another eight people died due to torture; seven of whom were killed by the Syrian regime forces, while one was killed in the attacks carried out by YPG/PKK terror group, according to the report.

The report also documented the killing of 97 civilians, including 22 children and three women, due to bombings by other unidentified parties.

The number of people who died in Syria due to torture, attack, explosion, conflict and other reasons has risen to 910 since the beginning of 2020, it added.

Protests erupt in Palestine, Jordan against US plan