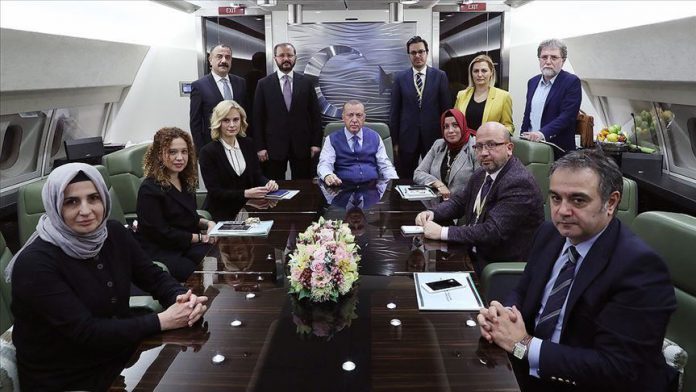 As of Tuesday, 1,230 terrorists have been neutralized in Turkey’s anti-terror operation in northern Syria, President Recep Tayyip Erdogan said Tuesday.

Speaking to journalists traveling with him in the plane following meetings in Qatar, Erdogan said that Turkey’s fight against terrorism does not have a specific schedule.

“It is not possible to give any date in such military operations,” he said, referring to Operation Peace Spring east of the Euphrates River.

Operation Peace Spring, launched on Oct. 9, aims to eliminate the terrorist YPG/PKK from northern Syria in order to secure Turkey’s borders, aid in the safe return of