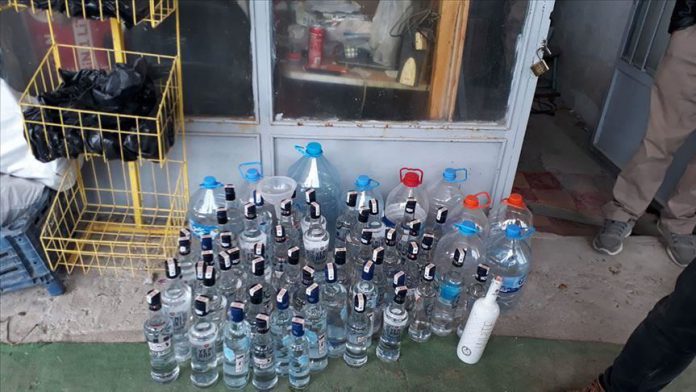 A total of 1,224 liters (323 gallons) of bootleg alcohol were seized by police in Turkey on Wednesday, according to security sources.

Teams from the gendarmerie command in the eastern province of Malatya carried out simultaneous raids, said the sources, who asked not to be named due to restrictions on speaking to the media.

The security forces seized 750 liters of bootleg alcohol in 90 original bottles and 1,000 packs of cigarettes, the source added.

The suspects were reportedly planning to release the illegal wares before New Year’s Eve.

Separately, in the Aegean province of Izmir, gendarmerie forces