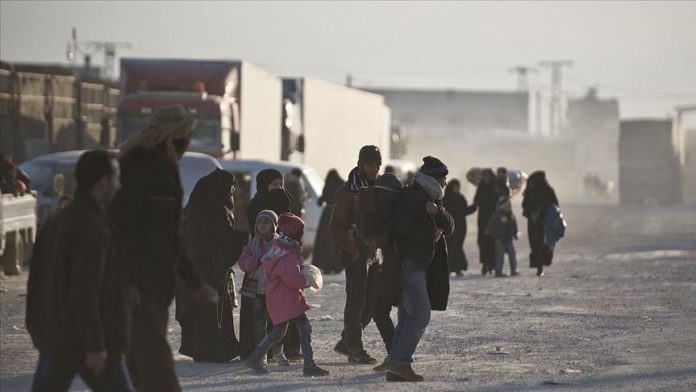 Fleeing attacks by the al-Assad regime and its allies, at least 12,000 civilians have been forced to abandon what is supposed to be a cease-fire zone in northwestern Syria and headed for the Turkish border.

Mohamed al-Hallaj, director of the Response Coordinators Team, told Anadolu Agency that the regime, Russia, and Iranian-backed foreign terror groups have struck civilian settlements in the past 24 hours.

The southern Marratinnuman district, located east of Idlib city, faced the highest migration rates, and fleeing families are in dire need of items such as shelter, blankets, beds and tents, he added.