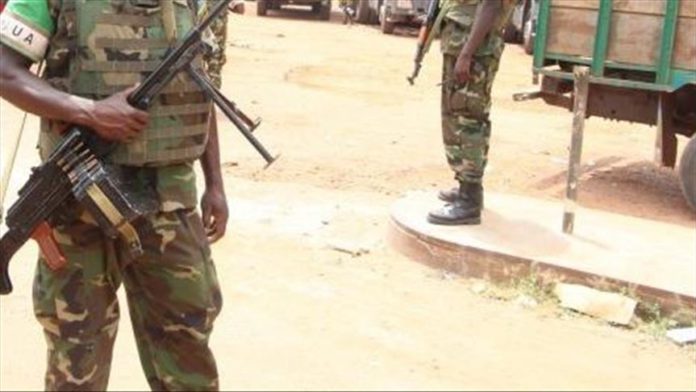 At least 12 people were killed including four government soldiers in a weekend attack by militia fighters on an army base in the Democratic Republic of Congo, the army said Monday.

Members of the Armed Forces of the Democratic Republic of Congo (FARDC) were attacked by a group called Kyini ya kilima on Saturday in the town of Marabho, located more than 40 kilometers (25 miles) south of Bunia, the capital of Ituri province, according to the army.

“The militia men attacked a FARDC camp and opened fire around 5 a.m. In the ensuing clashes, four of our troops were killed and two wounded,” the army spokesman in Ituri, Lt. Jules Ngongo, told reporters.

“On the enemy side, eight assailants were neutralized, six were wounded and two were captured. Some ammunition was also seized, including four AK-47 branded weapons.”

Ngongo noted that security in the area was under the control of government forces and appealed to the population to remain calm.

“We are monitoring the situation in Marabho without any worries. That is why we call on the population to calm down but also to report any suspicious cases. These militiamen come from families we know very well,” he added.

The army launched an offensive in January against the militias operating in the gold-rich northeastern province of Ituri as part of a wider operation launched last October.