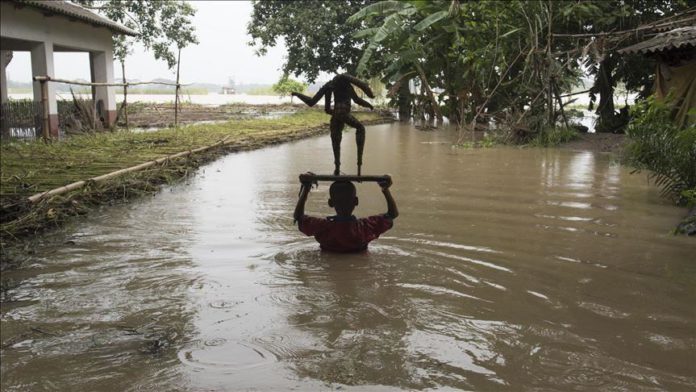 At least 12 people were killed, with 41 still missing after monsoon rains triggered floods and landslides on Thursday in a mountain village in midwestern Nepal, a police officer said.

A downpour that hit the village of Dhorpatan in Baglung district on Wednesday midnight triggered landslides and flooded two rivers, which swept away at least 31 houses, said Rajendra Regmi, a local police officer.

“The rains only lasted two hours, but it was so heavy that people could not escape it,” he told Anadolu Agency by phone.

Police officers rescued four people who were injured in the disaster, he said.

Over 100 people have died in floods and landslides in Nepal since June, according to the country’s Home Ministry.

The natural disaster-prone country faces death and destruction every year during monsoon season, which runs between June and September.