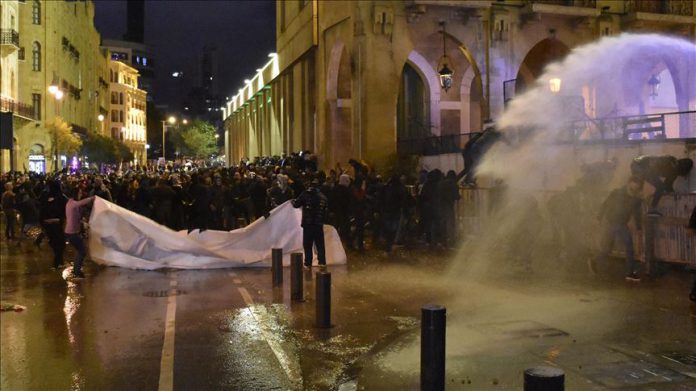 At least 12 protesters were injured Wednesday in Lebanon’s capital Beirut after a clash with security forces near the parliament building.

The protesters were demonstrating against the new Hassan Diab’s government that was formed with the support of Hezbollah and its political allies.

Security forces fired tear gas to disperse the protesters and the demonstrators responded by pelting stones.

The Lebanese Red Cross said on Twitter that 12 people were injured and referred to hospitals, while 40 others were affected by tear gasses.

Turkey: Sectoral confidence up in May