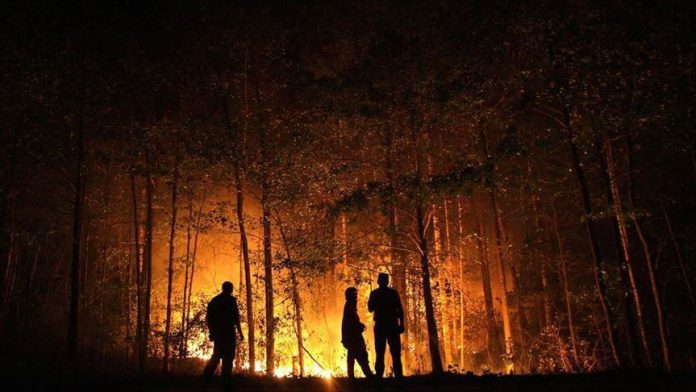 At least 11 people have been killed in a fire in a remote village in Siberia, Russia, late Monday, the Russian Emergency Ministry reported Tuesday.

The blaze gutted a one-storey wooden house in the village of Prichulymsky in Tomsk region, causing the roof to collapse.

Ten of the victims are nationals of Uzbekistan, the ministry said.

The house was completely engulfed in flames when firefighters arrived at the scene, it said.

Two people managed to leave the house on their own and were given medical assistance.

A short-circuit is believed to have started the fire.