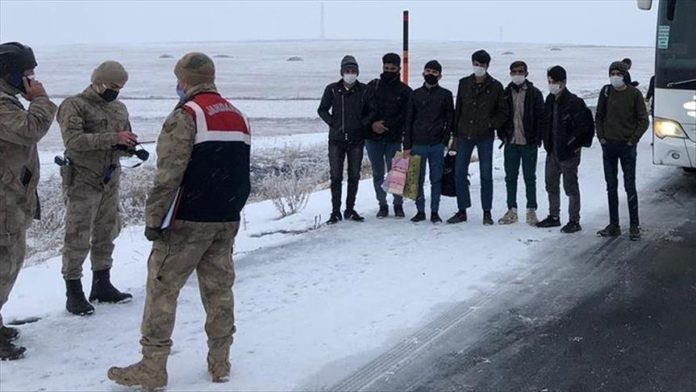 Local gendarmerie teams in the Kale district of Malatya held the Pakistani and Afghan national migrants riding a bus during a routine check, said the provincial governorate in a statement. The migrants were heading towards the northwestern Edirne province bordering Greece.

After imposing fine on the migrants and the smugglers, authorities shifted the migrants to the provincial repatriation center, it added.