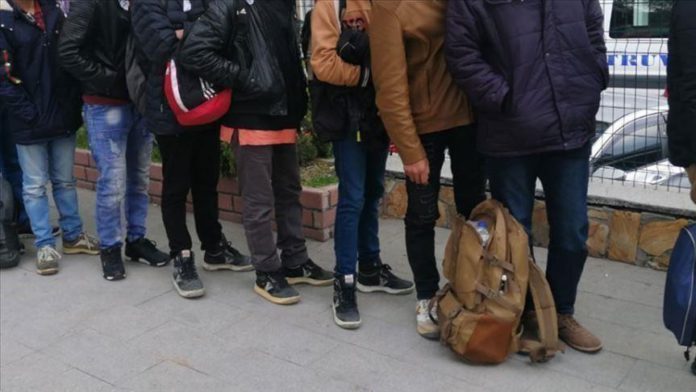 Acting on a tip-off, teams in Kirklareli province launched the operation to round up two groups preparing to flee abroad.

The teams stopped a suspected minibus in Malkoclar village, and took in custody 10 Syrian and Palestinian asylum seekers traveling in the vehicle.

The driver, identified by the initials R.S., was also detained.

The teams also held a Tunisian national in Caglayik village. In his testimony, he claimed of being battered by Bulgarian border police, saying his valuable belongings were taken away. He was then left to the Turkish side.