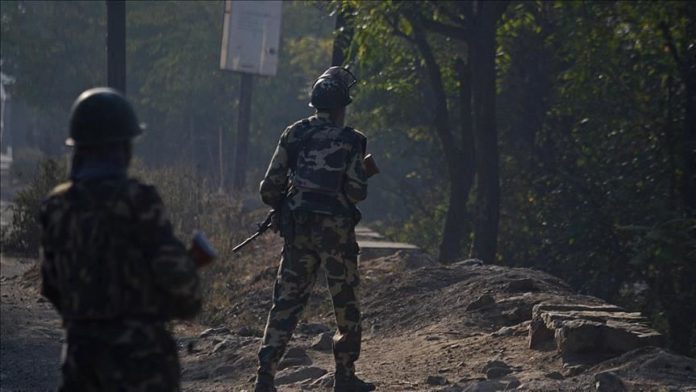 Two militants were killed in a gunfight with government forces in Indian-administered Jammu and Kashmir on Thursday, police said, bringing the toll of militants killed in 2020 so far to 108.

Vijay Kumar, Kashmir’s inspector general of police, said the militancy has been wiped out in southern districts, and the focus is now on northern Kashmir, where the latest gunfight took place.

A commanding officer of an army battalion is among 28 government forces personnel killed during the encounters.

Since January, more than 240 “militant associates” and “over ground workers,” the terms police use to describe those suspected of helping militants with logistics and other means, have been arrested, police chief Dilbag Singh told a recent news conference.

Meanwhile, in a first, government forces stopped handing over bodies of the militants to their kin in mid-April.

The bodies are buried in remote northern Kashmir hamlets to prevent large gatherings that funerals attract. Only three to four family members of the fallen militants are allowed to participate in the last rites.

The decision, police say, has been taken to prevent the spread of coronavirus, which has infected 6,422 people in the region, including 88 deaths and 3,818 recoveries.

In an appeal in March, UN Secretary-General Antonio Guterres urged warring parties across the globe to lay down their arms in support of the fight against the pandemic but the situation in the disputed region has worsened with the outbreak.

Regional police sources told Anadolu Agency that 80 of the 108 militants were killed since the virus outbreak on March 20.

On Aug. 5, 2019, the Indian government revoked Article 370 and other related provisions of its Constitution, scrapping the country’s only Muslim-majority state with its autonomy. It was also split into two federally administered territories.

France warns UK on N.Ireland protocol: Nothing is renegotiable