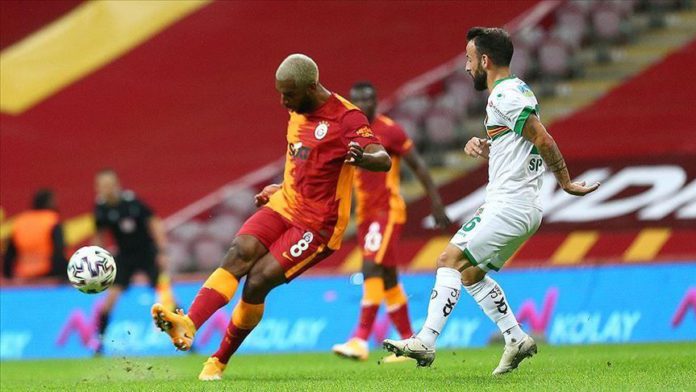 At Istanbul’s Turk Telekom Stadium, Colombian star Radamel Falcao converted a penalty to give Galatasaray a 1-0 lead in the 34th minute.

However, Aytemiz Alanyaspor equalized the game with Khouma Babacar by scoring from a free kick in the 43rd minute, making it 1-1.

In the 45th minute, the Lions were down to 10 men on the pitch as Nigerian midfielder Oghenekaro Etebo was sent off after a foul.

Galatasaray found a goal with Younes Belhanda in the 70th minute but the video referee disallowed the goal for Ryan Babel over playing handball during the attack.

The game catapulted Aytemiz Alanyaspor to first place with 13 points, while Galatasaray slipped to sixth spot with seven points.