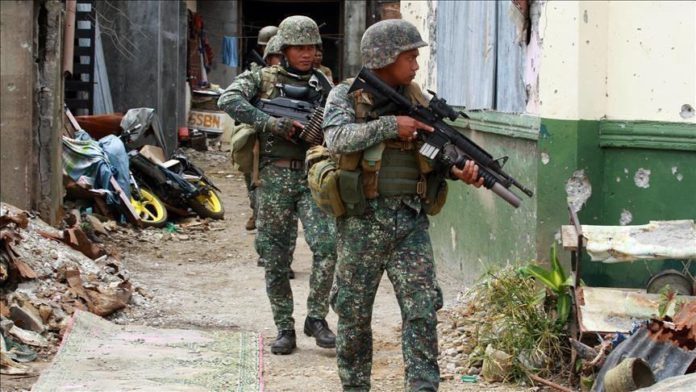 At least ten gunmen surrendered to police in Bangsamoro on Thursday, according to local media.

Andih Anso led the group that said they decided to surrender after the intervention of officials of the Bangsamoro autonomous government in southern Philippines, daily Phil Star reported.

They handed over firearms including a .50 caliber rifle, three live rifle-propelled grenades and two 40-millimeter grenade projectiles to Bangsamoro police.

The former gunmen belong to Parang, a coastal town in the first district of Maguindanao of the region where the local government helped the gunmen to resume normal lives.

“They do not have criminal cases so there is no problem helping them get back to mainstream society to start life all over again,” a police official said.

Anso and his group are said to have been followers of a former mayor who was killed in an anti-narcotics operation in Cotabato City about three years ago.

Iran slams US threat to new commander of Quds Forces