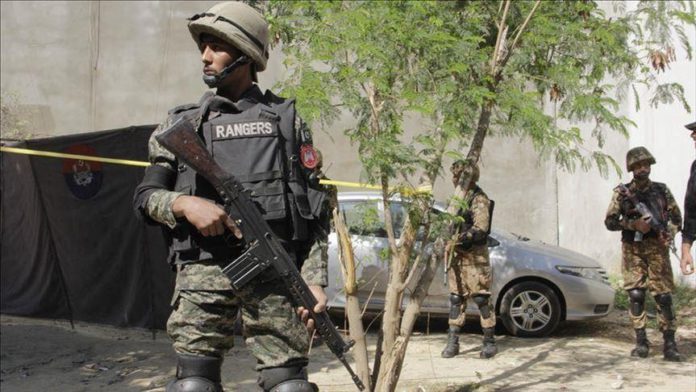 At least one Pakistani army soldier was killed and a civilian injured on Wednesday in fresh flare up of clashes along Kashmir border, the military said Werdnesday.

Indian Army troops, according to a statement from Pakistan Army, resorted to “unprovoked firing” along the Line of Control — a de facto border that divides the disputed valley between the two neighbors — killing a soldier in Khuiratta sector.

“Pakistan army troops responded befittingly. There are reports of heavy losses to Indian troops in men and material,” the statement added.

“Due to indiscriminate fire of automatics in Phalni Bazar, a 34-year-old male suffered critical injuries.”

Pakistan army, it went onto say, responded effectively and targeted those Indian posts which initiated fire.

Meanwhile, Indian troops shot down their own quadcopter, which intruded 100 meters inside Pakistani territory in Hotspring Sector, the statement claimed.

“The unprovoked act was responded befittingly wherein own troops shot down the quadcopter,” it said.

In 2020, 16 Indian quadcopters were shot down by Pakistan Army, the statement concluded.

Already strained relations between the two South Asian nuclear rivals plummeted further after India scrapped the special provisions of the state of Jammu and Kashmir in August last year.