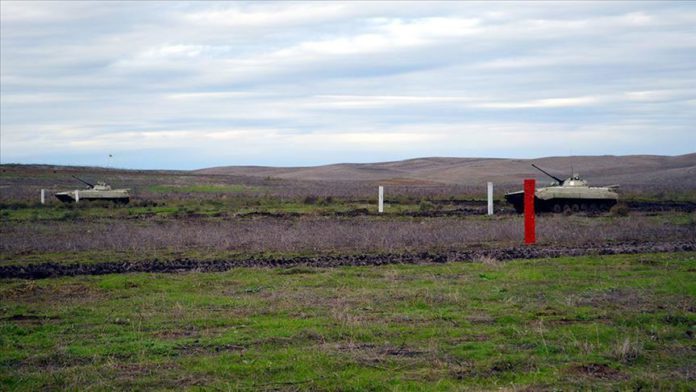 One more Azerbaijani soldier was martyred by Armenian troops in border clashes which escalated since Sunday, the country’s Defense Ministry announced on Thursday.

Starting from 05:45 a.m. local time (0145GMT) on Thursday, the ministry said in a statement, active military operations are being conducted in the direction of the Tovuz region of the Azerbaijan-Armenia border.

It said Azerbaijani troops neutralized about 20 Armenian soldiers and destroyed one armored vehicle, one radio-electronic combat vehicle, battle posts and “strongholds of the enemy.”

“Our units are undertaking retaliatory actions to suppress the combat activity of the enemy,” it added.

As many as 12 Azerbaijani soldiers, including a major general and a colonel, have been martyred, while four others injured in a border clash since Sunday.

The clashes started as Armenian forces violated an ongoing cease-fire and targeted positions of Azerbaijan’s army in the northwestern Tovuz district on Sunday.

Azerbaijan has blamed Armenia for the “provocative” actions, with Turkey throwing its weight behind Baku and warning Yerevan that it would not hesitate to stand against any kind of attack on its eastern neighbor.