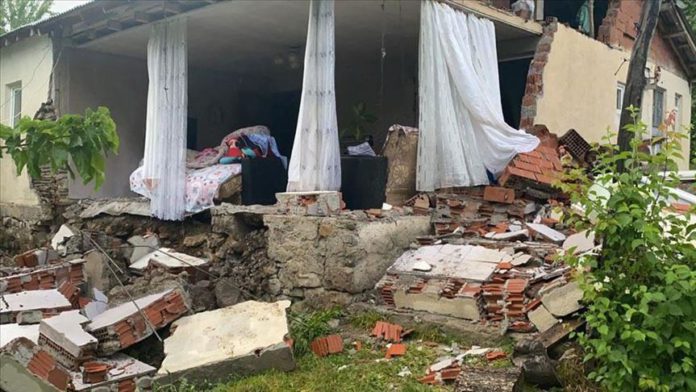 One killed and 18 others injured when a 5.7-magnitude earthquake hit Turkey’s eastern Bingol province on Sunday, according to officials.

In the village of Kaynarpinar, two observation towers belonging to the police station collapsed and three village guards were injured, the Bingol Governorate said.

It later confirmed in a statement that the village guard who was trapped under the wreckage was martyred in Kaynarpinar.

Oktay said 18 people were injured in the tremble, but added a conform that no one is in critical health condition.

At least 33 aftershocks have been recorded after the earthquake, according to the disaster agency.

The Interior Ministry said 26 vehicles and 109 health and rescue personnel were sent to the region.

Two military aircraft are on alert if any further help is needed, said the statement.

It also said that at least 1,050 tents and the Turkish Red Crescent teams from neighboring provinces were sent to the region.

Bingol is surrounded by mountains and numerous glacier lakes, and has recently become a popular tourist destination.

‘Turkey is not hotel for foreign Daesh/ISIS terrorists’