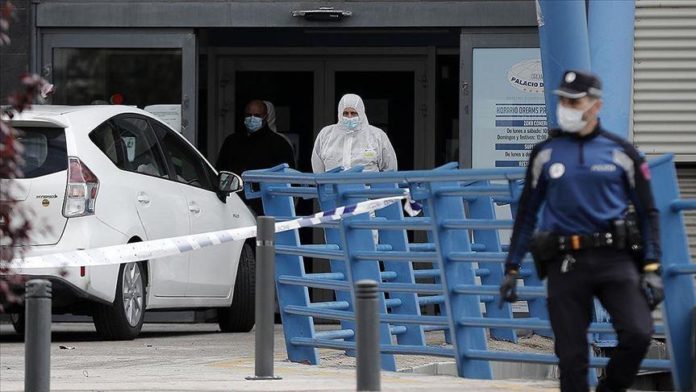 One in every 10 people in Spain caught the novel coronavirus by December, found a new government-led study released on Tuesday.

The seroprevalence study estimates that at least 4.7 million people in Spain have caught the coronavirus – a drastically higher figure than the Health Ministry tally, which now sits at around 1.7 million.

The researchers estimate that during the second wave of virus, four out of every 10 cases went undetected in Spain.

This is the fourth round of the seroprevalence study, for which testing was carried out from Nov. 16 to 29. It used rapid antibody tests on a sample population of 51,400 people.

When the third round took place in late June, it was estimated that 2.35 million people in Spain had been infected. That means the second wave was approximately as large as the first.

Throughout November, cases declined across most of Spain, but a recent uptick in infections suggests the country is heading toward a third wave.

The study found that Spain’s health care workers have been the most exposed to the virus, with 17% having shown antibodies to the virus.

Women who took care of the elderly or disabled, or females who work as cleaners had the next highest rates of any group, with 16% and 14% testing positive, respectively.

The virus has also been geographically uneven, with more than 18% of people in Madrid, Cuenca and Soria presenting signs of a past infection.

“There wasn’t a big difference in terms of population density, though we did see a slightly higher infection rate in bigger cities,” said Marina Pollan, head of the Carlos III Health Institute’s National Epidemiology Center and one of the lead authors of the study.

The infection rate was also higher in people who do not have Spanish nationality, at 13%.

The study looked at the same households during all four rounds of testing. In doing so, researchers discovered that around 14% of those who had previously shown antibodies now test negative for the immune system proteins.

The researchers said they are still studying blood samples in the lab to determine if the antibody tests were not sensitive enough or if the antibodies disappeared. A more detailed report will be released with those findings in the next weeks.

The first rounds of Spain’s seroprevalence study were applauded in international scientific publications for the large sample size and methodology.

“No other country has done a study with these characteristics with such high participation rates,” Pollan said at a news conference on Tuesday.

She pointed out that one of the study’s drawbacks is that it looks at households and not group living situations like those in nursing homes or prisons.

Spain’s Health Ministry confirmed that more than 48,000 people died of COVID-19 in Spain.