TurkishPress
Home News 1 dies due to heavy rain in Istanbul 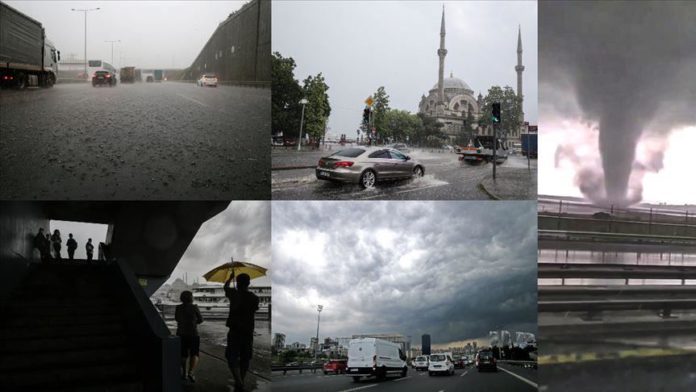 A Syrian national around 30 years old died in the extreme weather, Ali Yerlikaya told reporters in Esenyurt, the city’s district hardest hit by the rain.

Yerlikaya said that several people were taken to local hospitals and are in good condition.

Earlier today, a waterspout along with heavy rain caused flash flooding in parts of Istanbul, Turkey’s most populous city.

Locals recorded the waterspout at Lake Buyukcekmece on the European side of the city.

Heavy rain disrupted vehicle and pedestrian traffic in some districts of the city, on both the city’s Asian and European sides, and some regions were hit with hail.

Some houses were damaged by the waterspout in the Catalca district. One of the houses lost its roof and fence, and an electrical pole went down due to the strong winds.

Waterspouts and tornadoes are not unknown in Turkey, occurring mainly in the country’s south.

Between 1980 and 2013, a total of 59 tornadoes were recorded across Turkey, according to the State Meteorological Service.