TurkishPress
Home News 1 dead in protests against state of siege in Democratic Republic of... 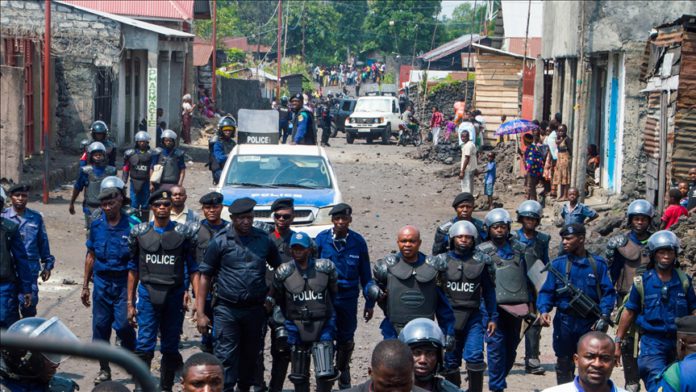 One protester was killed and some 30 others were arrested when hundreds of protesters Monday took to the streets in Beni, Democratic Republic of Congo demanding the lifting of a state of siege that began last May, police said.

The protests turned violent, leading to clashes between police and the demonstrators, who had barricaded roads leading to the city.

Police said angry youths burned two motorcycles along the Kanzuli Beni-Mangina road and one protester died after being shot by security personnel.

During the clashes, more than 30 people were arrested by security forces, Sebastien Kahuma, senior police commissioner for Beni, told reporters, adding that the police fired warning shots to disperse the demonstrators, who he said sought to disturb public order.

Businesses remained paralyzed in Beni as shops, banks, and other commercial activities remained closed, according to police.

The demonstrations were organized by citizens’ movements to observe “a dead city day” and demand the lifting of the state of siege.

In recent weeks, protests against the state of siege have intensified in North Kivu province, including the provincial capital Goma.

President Felix Tshisekedi proclaimed a “state of siege” last May in the Ituri and North Kivu provinces, replacing senior civilian officials in the state with army officers in a bid to curb growing insecurity.

However, rights activists and politicians say the state of siege has had little impact in curbing violence in the region.