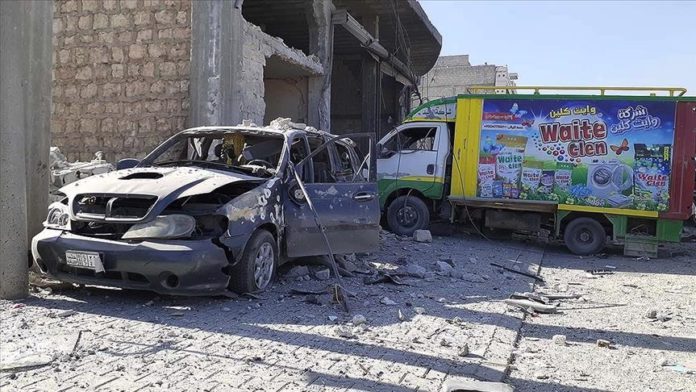 One civilian was injured in mortar attacks targeting the town of Al-Bab in northern Syria from Tel Rifat under the occupation of the YPG/PKK terror group.

The YPG/PKK terrorist organization attacked the villages of Hazvan and Susyan in the Al-Bab district, which were cleared of terrorists with Turkey’s Operation Euphrates Shield.

The areas where civilians live were targeted by nine separate mortar attacks.

The YPG/PKK terror group often mounts attacks on Jarablus, Afrin, and Azaz from Syria’s Manbij and Tel Rifat areas, which remain under its occupation.